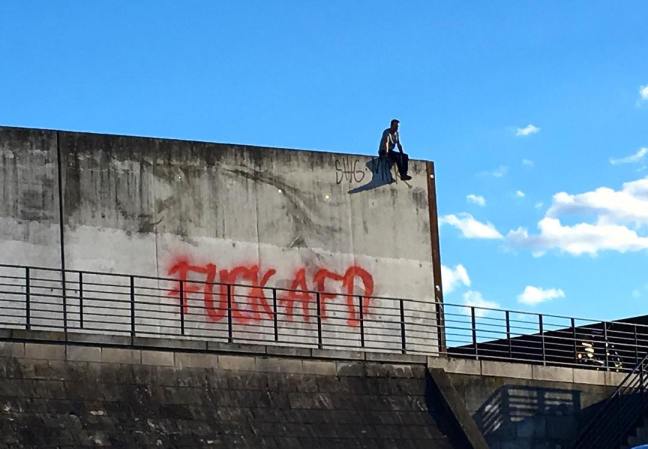 When I’ve been a full time employee, I’ve often fantasized about being a freelancer. Now that I am one, I’ve been asked by others, “what is like to be a freelancer?” So…. for those inquiring minds, I will explain – in my usual Little Reiko fashion.

Please note that topics such as politics, religion and work are considered sensitive, so all references I make here are just general observations and are not tied to specific people, places or projects.

THERE ARE ALL SORTS OF WORK OUT THERE.

With the many projects I’ve worked on, I’ve developed a unique way of identifying the patterns that we fall into with project management. The challenges, personalities and situations, the ridiculous requests and the impossible situations we find ourselves in, time and time again. Tight deadlines bring out the best and the worst in us, and with each situation you either learn to laugh at the insanity or be completely consumed by the stress it brings.

I choose to find humor in these situations. Sure…. while you’re in the middle of it, life feels like utter hell, but after coming out the other end of the deep dark tunnel, you turn around and marvel at the steeple chase you had just overcome. You survived. With each crazy situations I’ve found myself in, I’ve come up with names to help identify the nature of the beast.

Project L.O.S.T
You are called to be on a team that is working on a project that had just been born a minute ago and you are one of the first comers. As you sit around waiting for the job to begin, gradually one by one, you start meeting your team mates who are plucked from other teams, or it’s another freshly hired freelancer.

You do not have an official space allocated within the building, so you find either an open space or an empty conference room to nest in. If it’s a conference room, it’s usually guaranteed to be an ice box, blasting frigid AC even during the dead of winter.

The project begins and the team is off to the races. We all put our heads together and we are excited. We have meetings after meetings, scribble things on the whiteboard and notebooks, we try to come up with a plan that will meet the incredibly tight deadline that is ahead of us. It’s only day 3 and already there’s disagreement and dissension amongst members as to how to proceed with the road ahead. The task seems to be impossible and we’re getting no where – fast.

Suddenly one…. then another…. team mates start “disappearing”. They are being pulled off the project as swiftly as they’ve been put on. You don’t know if they’ll return. As the day ticks on, the team is getting smaller and smaller. The work remains the same and you wonder how on earth will this project get completed. But what the hell – you are a freelancer and you’re hanging on to dear life like it was one little piece of ice block left to stand on. Unfortunately, the other freelancers that you thought were your mates also get thrown over board in the process.

Then suddenly as the project began, you find yourself marooned on this project vessel without a team. All that is left is you and the captain of the ship.

And as if that was bad enough…..

The captain himself finally comes up to you and says, “This is it for me. Good luck – I’m disembarking from this project”. You find yourself now all alone on this ghost ship without a captain and its crew and you wonder what the hell just happened.

Suddenly you realize that the project that you thought you were on has imploded and sucked into the black hole, and you are sent back out into the world again.

Project Runway meets Survivor.
You are called in to join a team of collective talent to work on a fast moving pitch project. The objectives and deliverables are a constant moving target and they will change, varying from few hours to a day at a time. You are holed up with your room mates in a small meeting room (again, an ice box) – if you’re lucky, you might have a window and a view, but most often times it’s an inner office without any. Generally referred to as “War Rooms”, there are sketches and printouts scattered all over the walls, desks and even on the floor.

New “missions” come to you every few hours, complete with a group review. You are scrambling for ideas and scouring the web for images and inspiration but with such pressure, suddenly you are facing stage fright. Is this idea good enough? Wait! There’s not enough time to fully flesh this out! But I have to have something to show that I’m worthy of staying on the team…..! Pressure mounts. In some situations you might be lucky enough to get a “Tim Gunn” character who will guide and give you new challenges after each pass. You live or die by their reactions after showing them your work in progress.

Usually in the first 3 days of starting a new gig, I always fear that there’s some sort of invisible lever that will get pulled and my ass will get jettisoned out of there, either with me strapped in the seat or slide out through a trap door. Thankfully that hasn’t happened – yet.

Once heavy into the process, soon arguments pop up over the directions and disagreements amongst the decision makers. Each one trumps the other’s direction and suddenly you’re feeling like a kid with divorced parents. You don’t know who to listen to and who you should set an alliance with, but with all that going on – the deadline still remains the same: As Soon As (Humanly) Possible.

Then, just as you were brought on aboard, you slowly watch members of your team be “voted off”. If you’re lucky, you’ll be the last man standing but that usually means that you are all alone in the once crowded conference room, finishing up whatever is left of the project. While there is no Heidi Klum or Jeff Probst to see you off, you also won’t leave the game with a large sum cash or a car – just the thought that you had somehow survived once more to live another day (and another project).

The feeling after is that you were hit with a dart gun and tranquilized (by a recruiter / hunter), and when you finally wake up from whatever that took place (i.e. alien abduction of sorts), you sit there in dazed wonder, thinking….

“What the FUCK just happened?”

And you are sent on your merry way back to freelance wilderness.

The Kobayashi Maru
I guess you won’t understand this reference unless you were a heavy Star Trek fan. I am not a Trekkie but often times when I come across a project that is just fraught with issues, with high expectations and obstacles stacked up to make it seem all too impossible, the name “Kobayashi Maru” pops up in my head.

Kobayshi Maru is known as the training program used in the Academy to test the metal of the cadets, and it was designed to fail, no matter what solutions or actions you took. It was the quintessential NO-WIN situation. Captain Kirk was known (on Star Trek) to be the only cadet who beat the program but only because he cheated and changed the program before he took the test, so that it was beatable.

That said, I’ve come across a few projects that I saw worthy of being called “Kobayashi Maru” and when you are presented with those type of projects, the best thing is to turn around and run for the hills. In my experience, no matter how talented or experienced you may be, the situation it creates is like quick sand. The more you fight it, the more it will suck you in further, and the death is slow and painful. Once you’ve stepped into a quick sand and survive it, you know next time that you don’t try to put your foot in it again. You AVOID IT. Carefully.

Some projects that have turned into Kobayashi Maru are best to just take it apart and start from the very beginning.

…..and so the projects will keep on going and the cycle of freelancing will continue. I wonder if there is such a thing as “evolution” to these chaotic processes but I guess that’s asking for too much 😀

Little (tired) Reiko and the “What just happened?” Confused Turkey.

This site uses Akismet to reduce spam. Learn how your comment data is processed.